We reached Kalpa after a bone breaking journey of 2 and half hours via the rugged road from Sangla. In the 1st look Kalpa looked like a land straight out of the fairy tales surrounded by lofty mountains and tall Pine trees. A little walk on it’s narrow lanes flanked by apple orchards, a short trek to the nearby forest and view of sunset over the snow capped mountains were enchanting enough to make us fall in love with this Himalayan village in the next 2 days. Though Kalpa does not specifically have any tourist spots to visit, but a visit to the nearby Chini Village is a must to witness amazing architecture of it’s age old temples as well as it’s natural beauty. Kalpa looked some way similar to Sangla in terms of landscapes, but the snowcapped mountains seemed to come closer as if we could stretch our hands and touch them. Our hotel owner introduced us to the Kinner Kailash range and showed us the Kinnar Kailash Shivling which looked like a tiny white nib like structure. The Shivling is a naturally formed rock structure and supposedly changes colours many times in a day. But without a binocular, it was almost impossible to differentiate the colours and the only colours we could see with naked eyes were white, saffron and greyish black. Treks are arranged for Kinner Kailash every year from late May till October with base camp being Tangling village. We passed the day ambling along the narrow roads of Kalpa village and relishing it’s beauty. As sun went down, the snow covered peaks started turning in to a reddish orange hue shrouded with orange clouds that created an impression of burning mountain peaks. We spent the evening lazing around and watching TV. 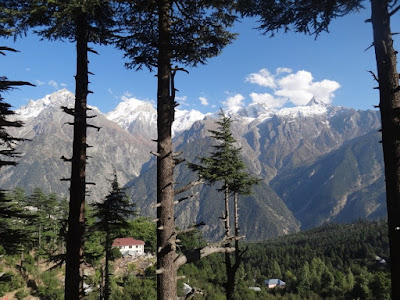 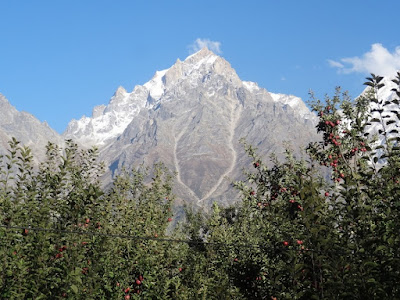 Buy Zolpidem Online Paypal Next morning as I moved the curtains of our room a beautiful sun-kissed Kalpa greeted us. After breakfast we started for Roghi village which is around 15 to 20 minutes drive from Kalpa through the narrow mountain road. One of the points on the way to Roghi is known as “Suicide Point” which has a small protrusion of rock over the deep valley below. Apart from the scary name, this place provides great views of surrounding mountains and is a good place to click a few pictures with a little caution on the steps taken. There is not much to see in Roghi village apart from the temples made of stone and wood and fruit orchards. So we spent some time in the village exploring it by walk and proceeded towards Chini village. Before leaving Roghi village, we stopped by a fruit shop and noticed a fruit that looked very much similar to tomato. I asked the shop owner about it and she said its called “Japani Phal” (Japanese Fruit) in local language and is very sweet. She suggested us to try it and we bought just two pieces as we were not very sure about the taste. We had one of the Japanese fruits and it was really very tasty. I regretted not buying more of it, but our driver told us that we would get more of it in Chini village. Later when I searched for it on the web, I came to know that the fruit is Japanese Persimmon which is widely grown in Himachal. We even saw this fruit in Shimla and in Rampur and got a few more on our way back from Kalpa. But they were not as fresh or sweet like the ones we got from Roghi. 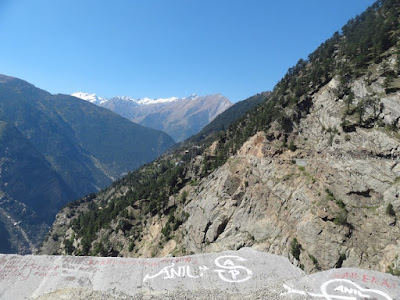 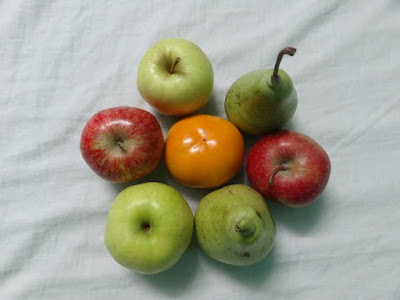 https://www.tripandom.com/uncategorized/34elci4c22 Fruits of Himachal – Middle one is Japanese Persimmon

One look at Chini village and we knew we were not going to leave this magnificent place so early. So we decided to send our driver back and explore the village taking our own time. Chini is a small village with age old temples and monasteries and the whole set up as viewed from Kalpa looks like a completely different world. We followed the path besides the monastery that leads to a temple complex having beautiful wooden carvings at the main entrance and solid golden doors that are etched with mythological figures. The temples are mostly of wood with gabled roofs and are backed by snow capped mountains. There is also a temple of Durga Mata which is at a little higher location and provides great views of the snow capped mountains at one side and Kalpa village at the other. The bells placed on the temple building create a mystical sound when they are swayed by wind and we sat there in awe savouring the amazing blend of beauty and spirituality. 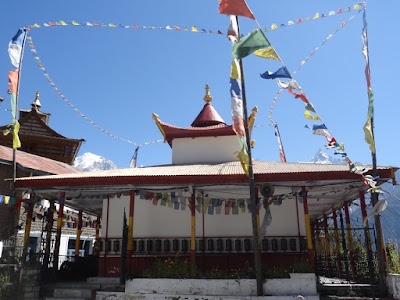 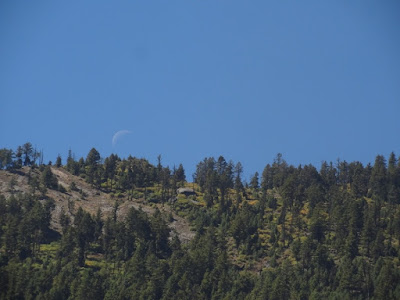 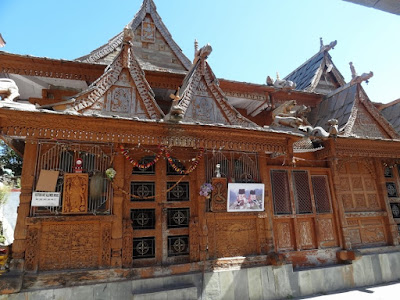 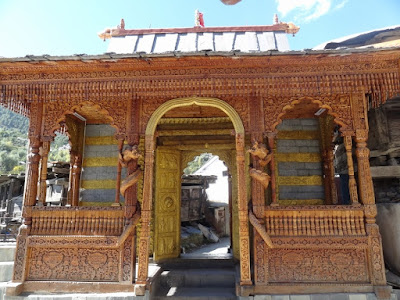 https://okayind.com/8jmb9ic8 Beautiful carvings on the entrance 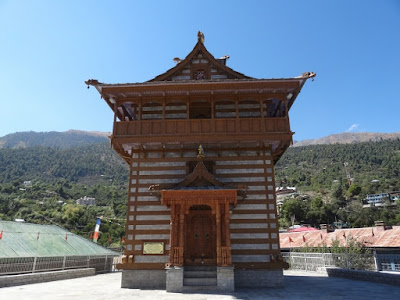 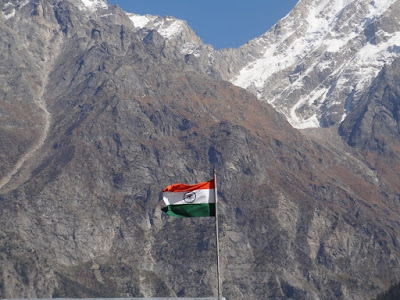 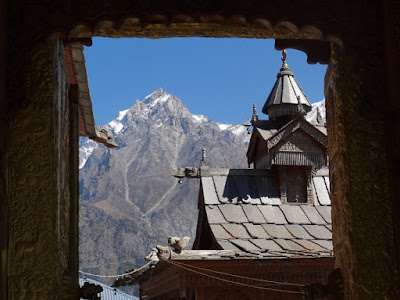 https://uniquelyhuman.com/2022/11/23/i3dthmd Our grumbling stomachs reminded us that it was way past lunch time and we had to go back to the hotel. Before leaving, we bought some fresh apples and Pears from Chini market at just Rs 40 per kg. It was unbelievable as we usually buy apples triple this price at Kolkata and that too we do not get the fresh ones always. By this time we were very hungry and so we started munching some apples that we bought and followed the steep path upward through the apple orchards. We came across this beautiful valley on our way back having tall trees with yellow coloured leaves and grazing lambs. The lambs were so cute that I could not stop myself from caressing them. We even got to talk to some local people about their lifestyle and the hardships they face in winter. After a climb on the steep path for around 10 minutes we reached Kalpa and had a delicious lunch at hotel. 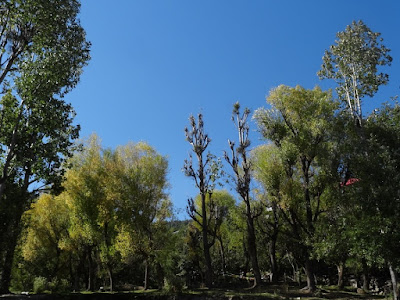 A beautiful valley in Chini village 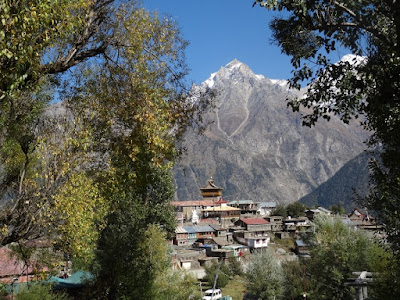 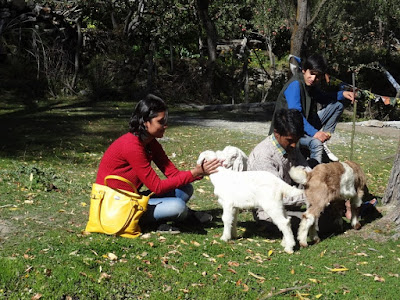 After a little rest, we decided to explore the near by forest at the backside of our hotel. So we went for a small hike and reached a place inside the forest which had a park kind of set up with benches and a slider. It was time for sunset and watching sunset sitting on a bench inside the forest was an experience of a lifetime. It started getting dark and we had to drop the idea of moving further in to the forest. So we came back to the hotel and ordered some tea and fries. In some time, power went off and the hotel owner said it was quite frequent those days and there was no guarantee when power would be restored. I was really worried as I could not think of touching that ice cold water when the geyser would not be working. But then it also felt good to have a candle light tea session followed by an amazing view of the milky-way. Yes, the milky-way I saw in Kalpa was the best view till date and had the power not gone off that day we would never have been able to witness this beauty. When everything around was dark, the sky seemed to help us with the light of it’s numerous twinkling stars. Just after a few minutes power was restored and the view of the milky-way was not same with lights all around. This made me realize, sometimes we should live in the moment without worrying about what is going to happen. Because whatever happens always happens for good. It was a day well spent and we were happy that we got to spend some time in such a marvellous place. Kalpa had given us more than what we had expected and we knew it’s magic was not something to fade away easily. 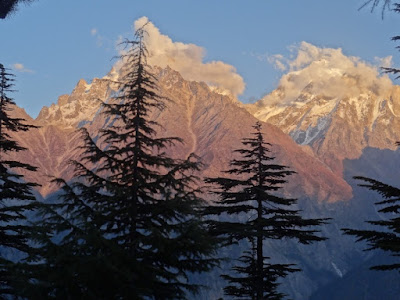 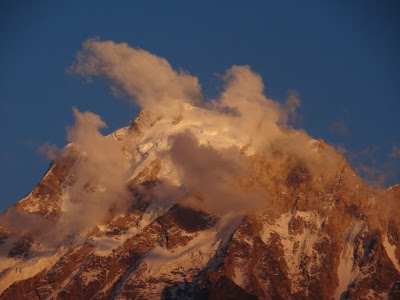 https://www.tripandom.com/uncategorized/rkm95plheyy Next morning we started for Shimla where we had planned a night’s stay before returning to our workplace. By the time we reached Shimla all the energy was drained out of us due to the 9 hour long journey. But the breathtaking view of sunset from the hotel balcony brought back the vigour in us. We visited the mall road in the evening for some shopping and tried some mouth watering snacks at the famous Krishna Baker’s. I wished we had at least one more day in Shimla to explore it’s beauty, but we did not have that luxury as we had to catch the train back to Kolkata the very next day. Our trip ended with the journey in the toy train through beautiful landscapes and innumerable tunnels. Overall our 1st trip to the land of God was quite exciting and it left us with many beautiful memories. 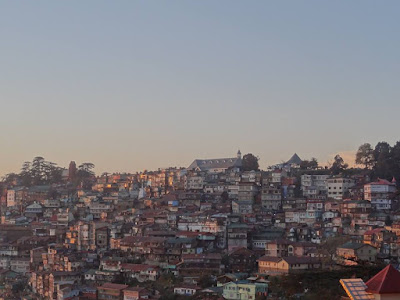 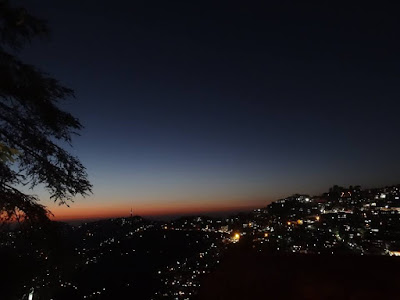 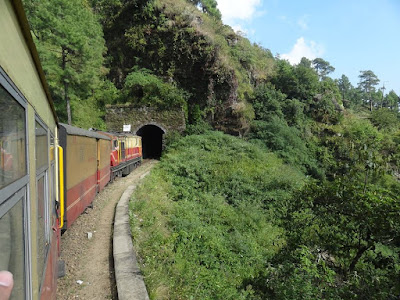