Ambien Buy Cheap Online It was time to start for Sangla leaving Sarahan behind. Our driver had already informed us that it would be long journey due to bad road conditions. But I was quite excited for the journey as I had read somewhere that the road to Sangla is classified as one of the most dangerous roads in the world. It is true that road to Sangla is dangerous as the narrow road is cut through mountains and passes through landslide prone areas in many places. Even at one place we had to pass through a patch near the river which did not even look like a road and we came to know from our driver that this road was temporary and gets closed when the water level increases in the river. But whatever difficulty we might have passed through, we have to agree that apart from the dusty patches the road to Sangla provides gorgeous views of the green mountains and valleys. It felt as if we have entered a different world altogether where God had created everything with utmost care and panache. As we neared Sangla my husband kept challenging me that I might not be right in knowing the apple plucking season as he could not see any apples till that time. But as we crossed that bridge to enter Sangla we could see vast Apple gardens loaded with red, pink and another not green not yellow type apple. On enquiring from the locals we came to know that this new type of apple is called as Golden apple and it grows abundantly in Himachal. Finally we reached our hotel in Sangla (Hotel Madhu) which is set in a beautiful location overlooking the snow capped mountains and the pine forest. Even one could see the Baspa river at a distance and hear it’s babbling sound. After inquiring about the nearby attractions from the hotel staff, we set out to explore Sangla on foot. 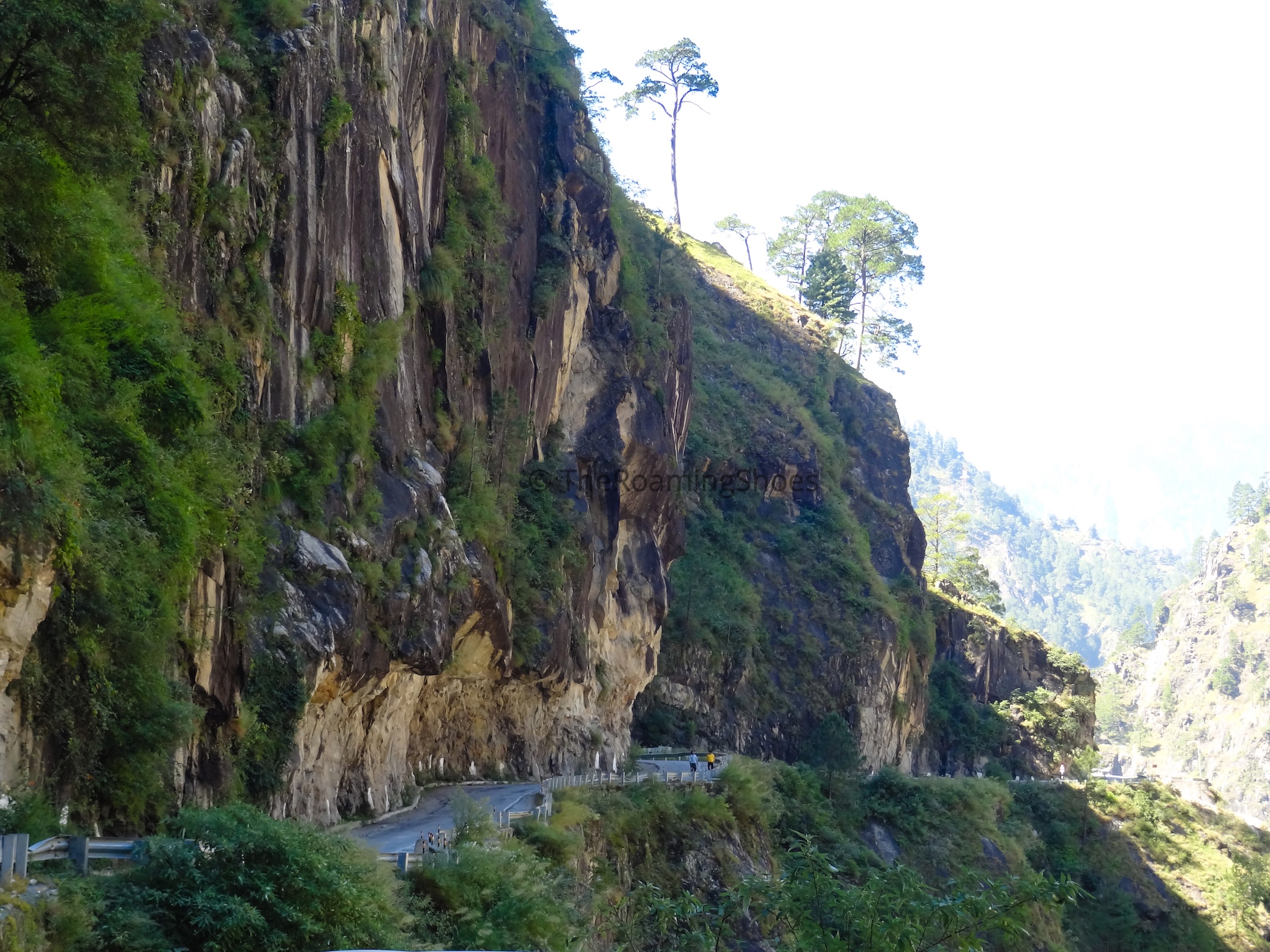 https://www.livrariadomarketing.com.br/nwt0xbvp52 The dangerous yet beautiful road 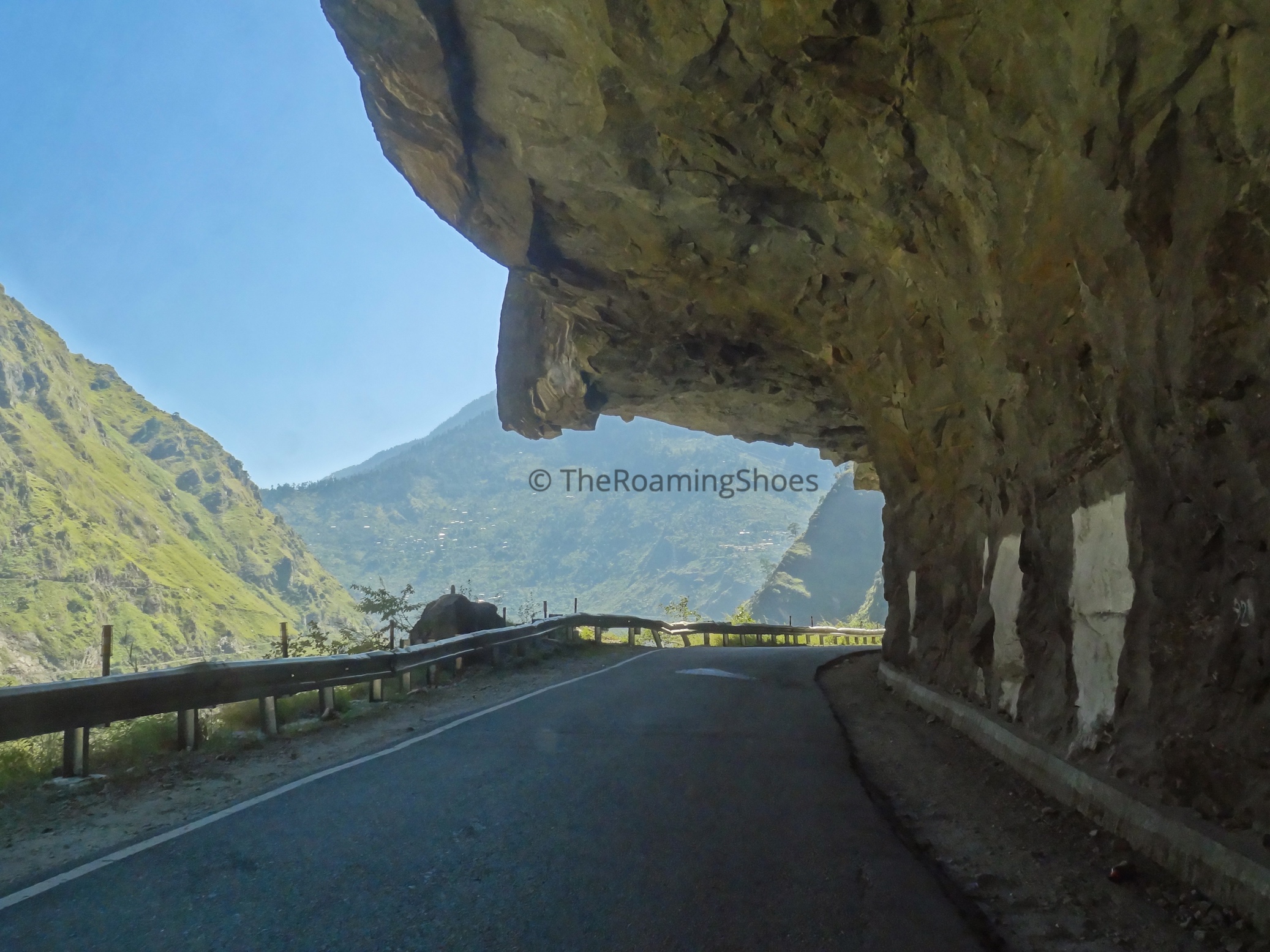 Order Tramadol Overnight Delivery On the way to Sangla 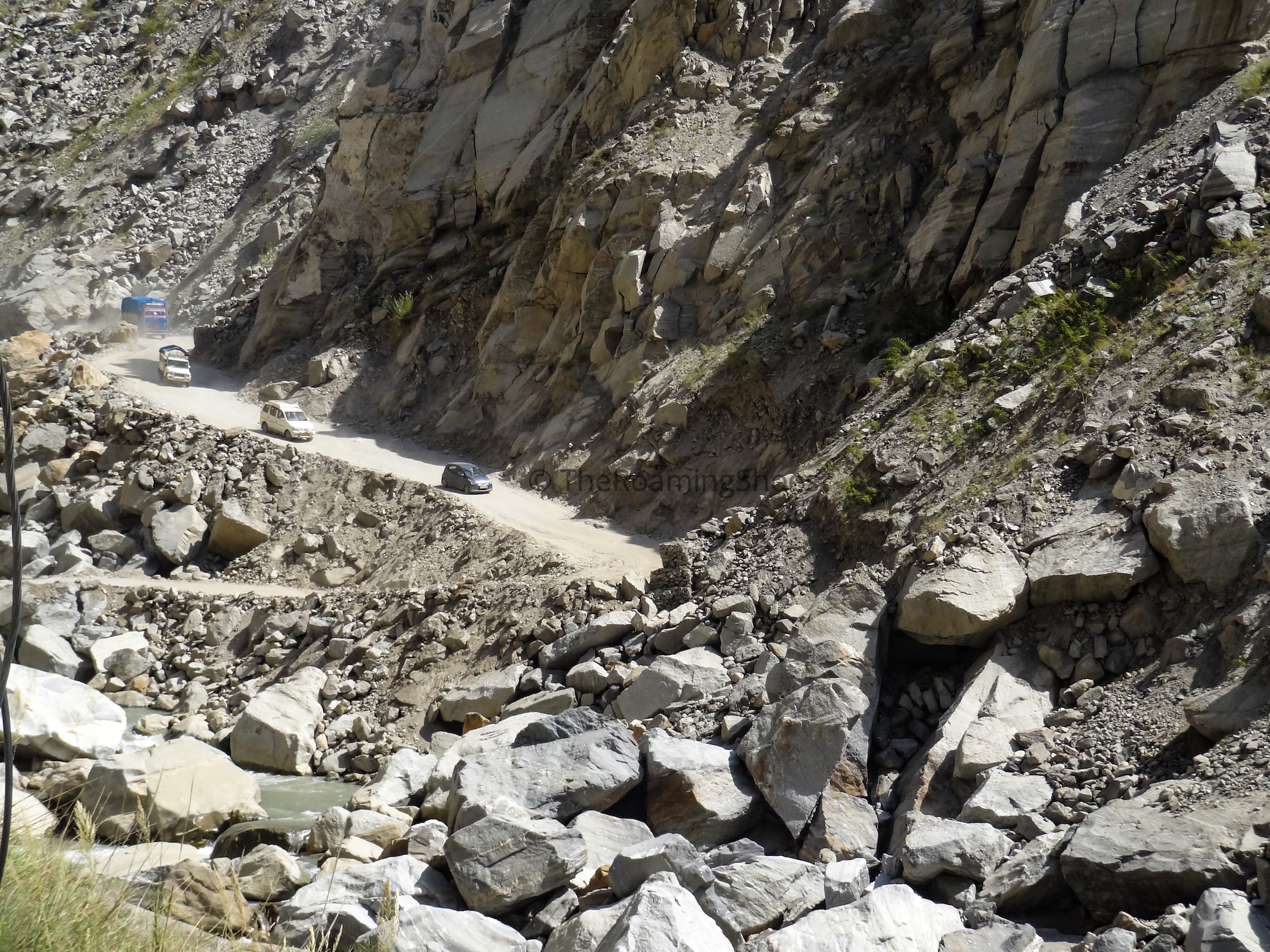 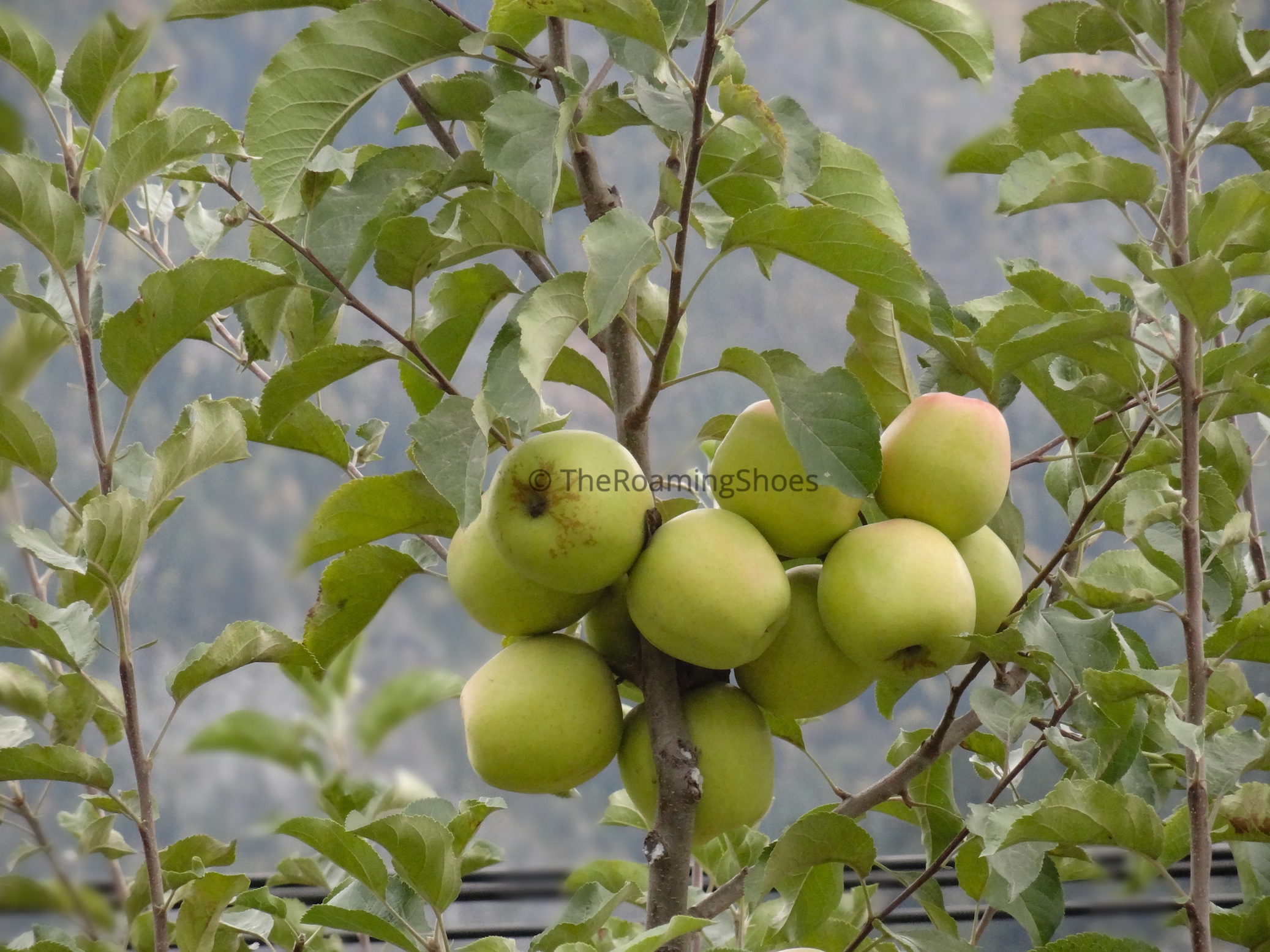 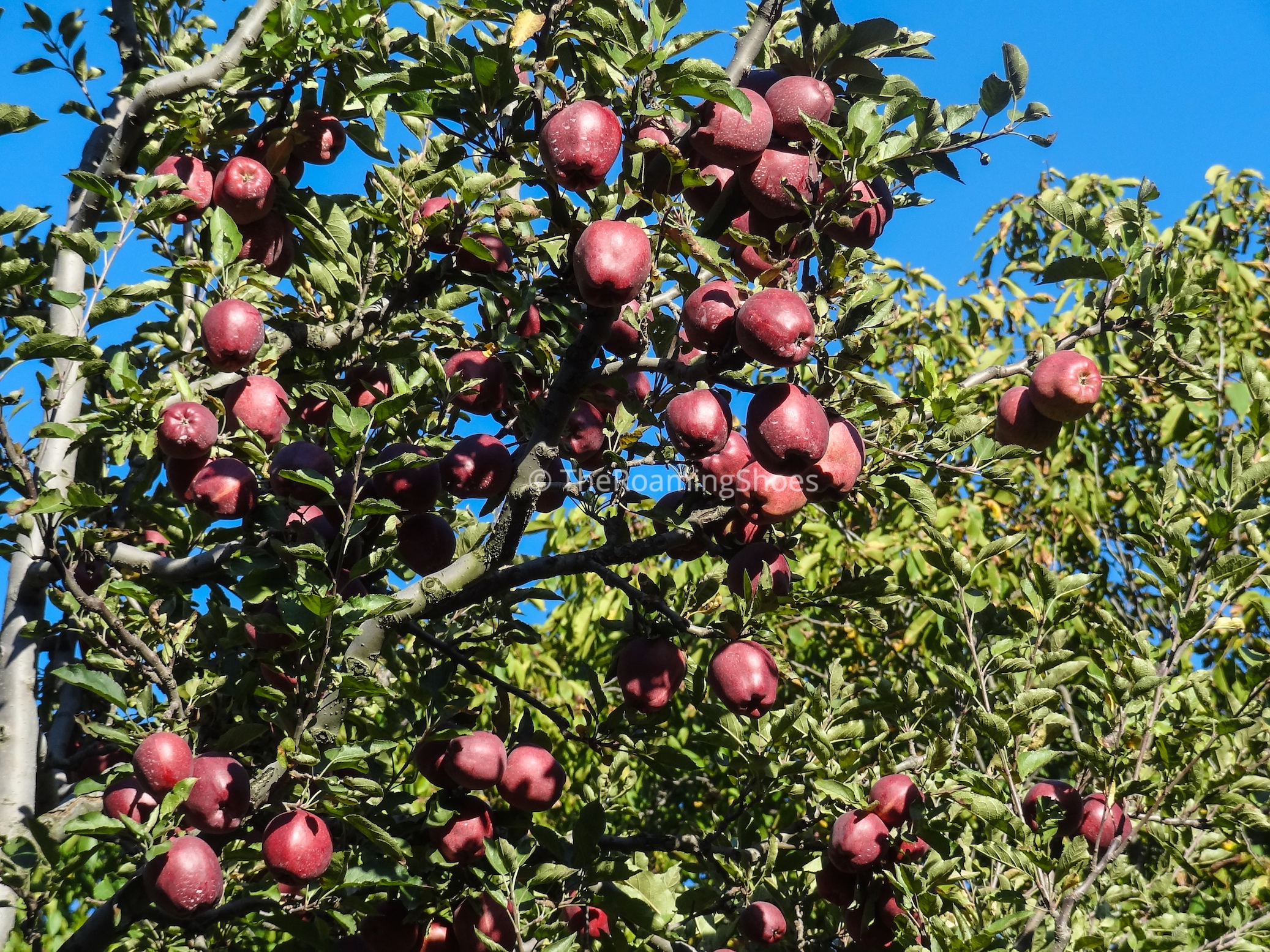 https://awardsforanything.com/qmzcut51eh As we passed through the beautiful lanes of Sangla, we observed that almost all the houses/hotels had an apple garden whether small or big. We could see trees loaded with apples everywhere our eyes could go. Not only apples, many other trees laden with fruits such as pears, apricots, walnuts were also abundant in Sangla. We walked by the side of the orchards to reach Bairing Nag temple which is a living example of the Kinnauri craftsmanship. The temple has an amazing architecture inspired from Buddhist style and has exquisite wooden carvings. A little walk down the path besides the temple and there we were near the Baspa river flowing unabatingly and stealing hearts with it’s clear emerald green water. The whole set up is a picturesque sight surrounded by mountains and apple orchards and a small bridge over the river with fluttering prayer flags added to it’s beauty. Though there was no way to descend to the river bed, we sat by the river enjoying it’s sweet sound and it’s eternal beauty. 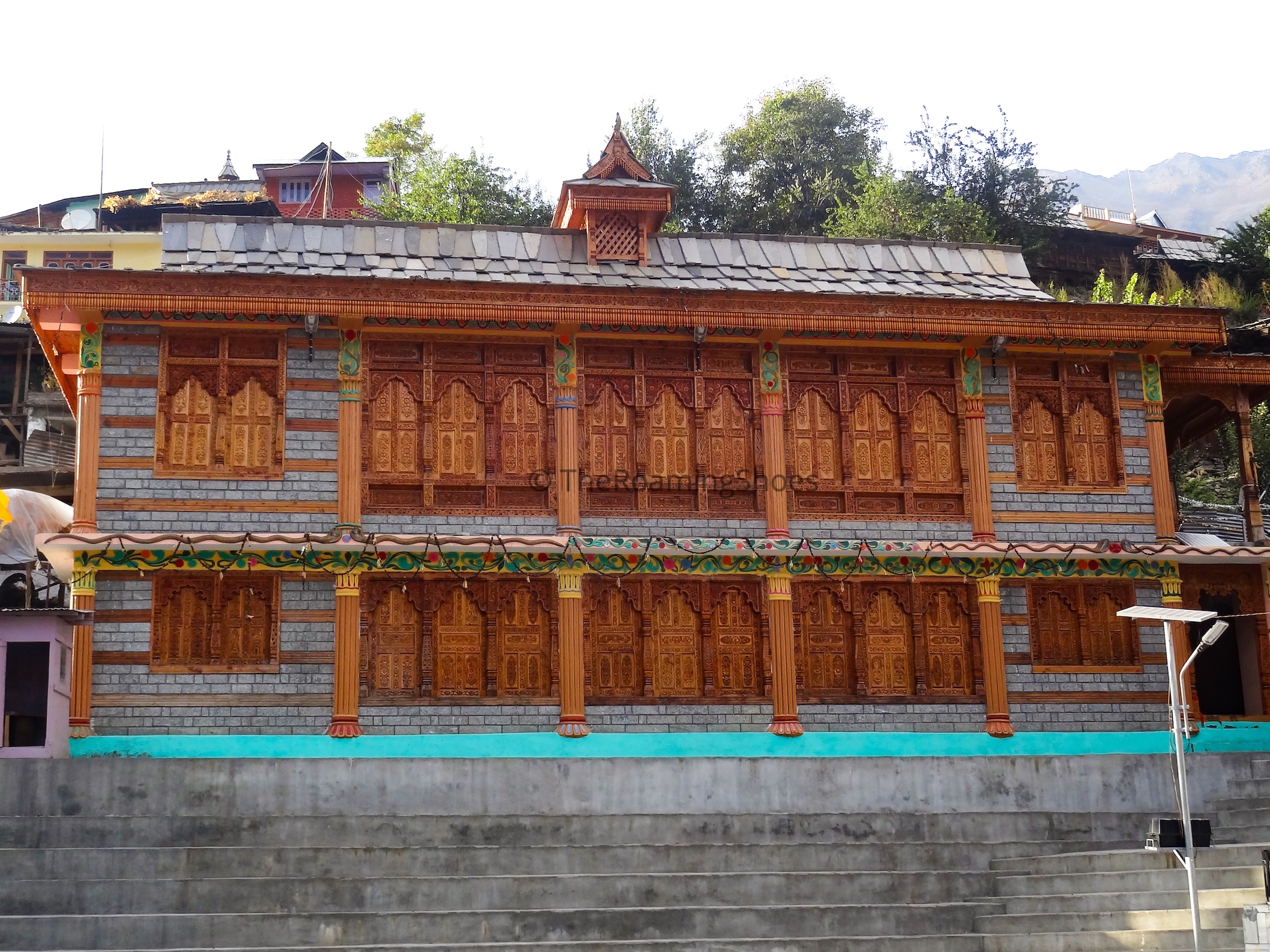 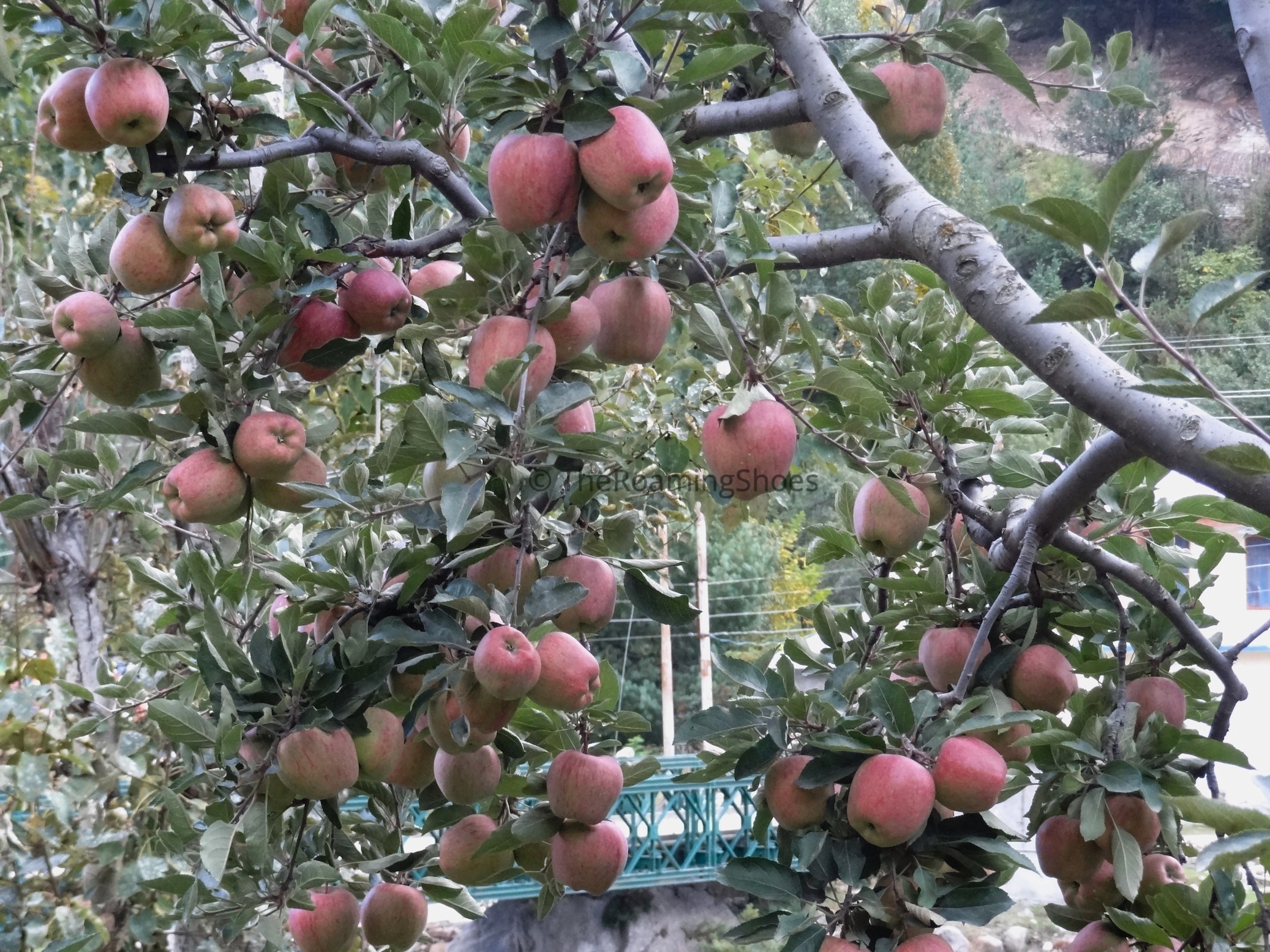 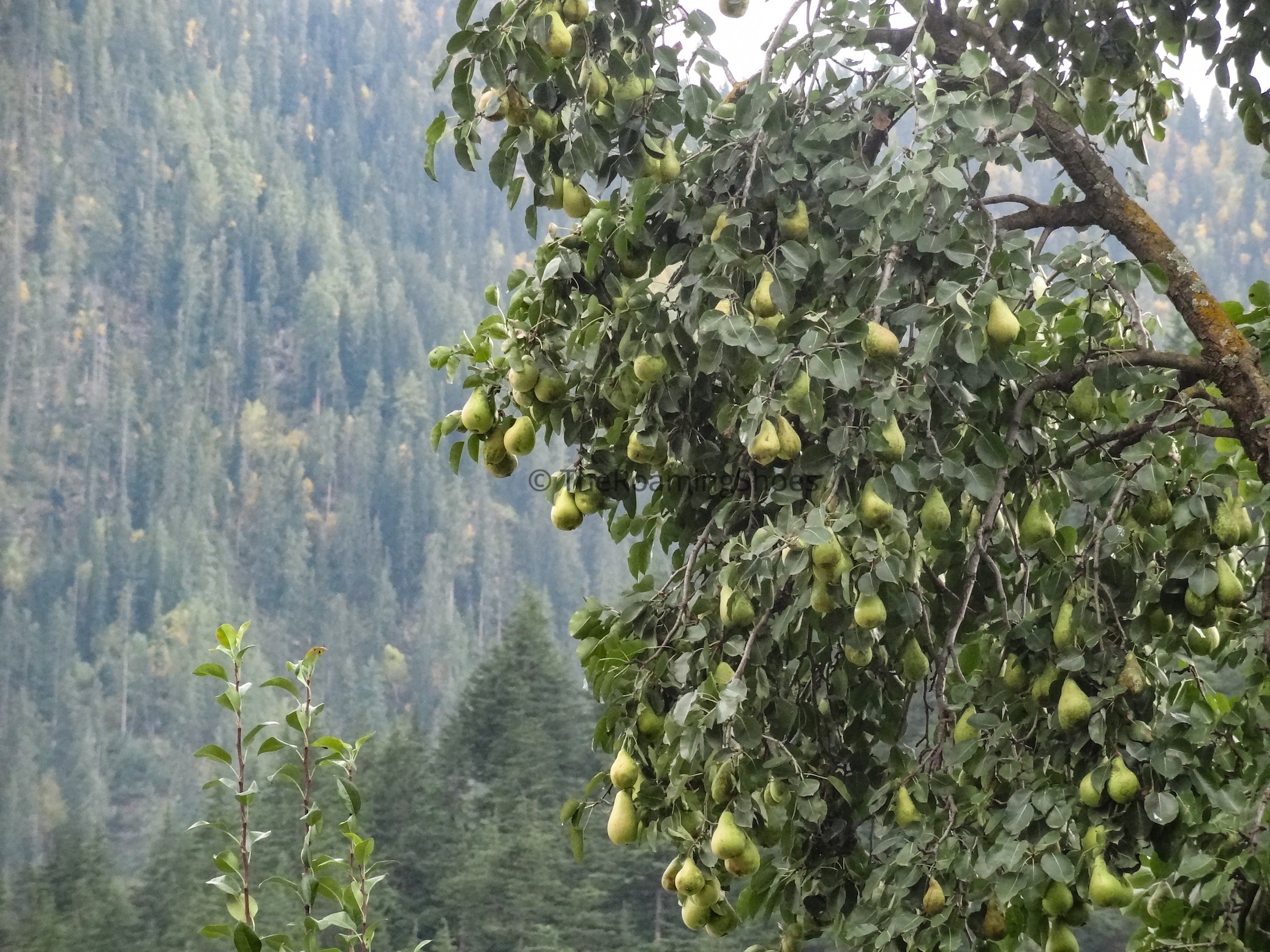 https://thistlewoodmanor.com/khn42tp As sun started setting beyond the distant mountains,  it was time for us to go back to the hotel and as we started walking upward, we met an elderly lady who gestured “Namaste” to us and we were quite surprised. The 1st thing that came in my mind was if this surprising namaste was in expectation of some money and with this running in my head I forgot to reciprocate. I gave a confused smile, but she nicely started a conversation regarding where we came from, where we were staying or what we planned to visit. It was a casual discussion and then she left talking to some of the young people of the village who came by. This left me with a guilt of misunderstanding a person’s nice behavior. Was it because I stay in a city where people do not show any interest in a stranger’s business or was it like I am habituated to seeing people showing such gestures only when they ask for some money?  As we climbed up the steep path to return to our hotel we met a young lady on the way who again started a conversation with us and gave us an insight about the life of Kinnauri people. She even invited us for a cup of tea at her house which we humbly declined as it was already late in the evening. But these two small incidents that day made me fall in love with Kinnaur and it’s people and I understood it’s not only the beauty of the place that attracts strangers in to this land of God, but also the golden hearts of it’s people. We came back to the hotel and enjoyed the evening with tea and veg pakoda looking at the numerous stars in the sky. It was a beautiful evening with absolutely no one to disturb the tranquility, it was just the stars, the mountains and us. 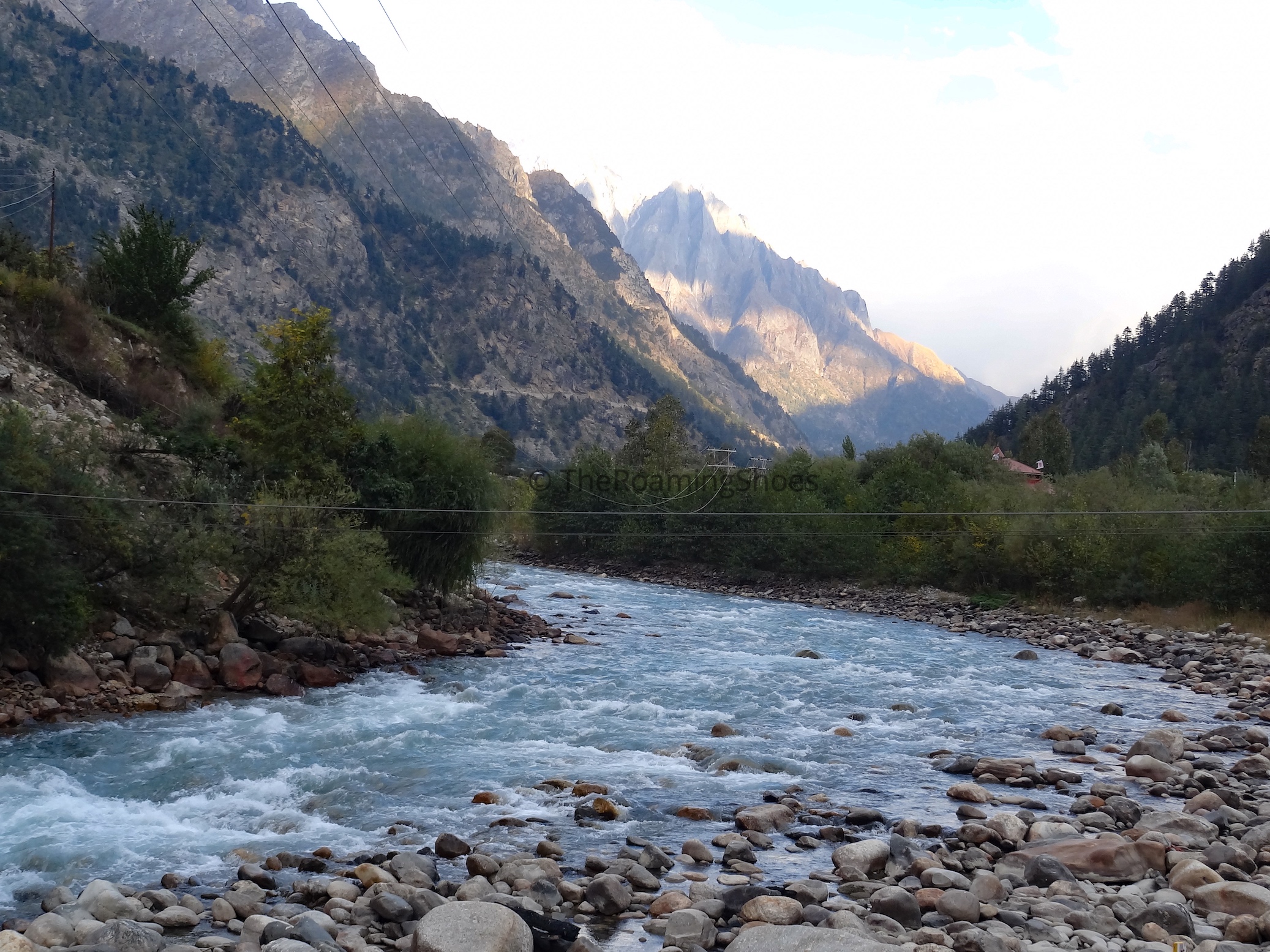 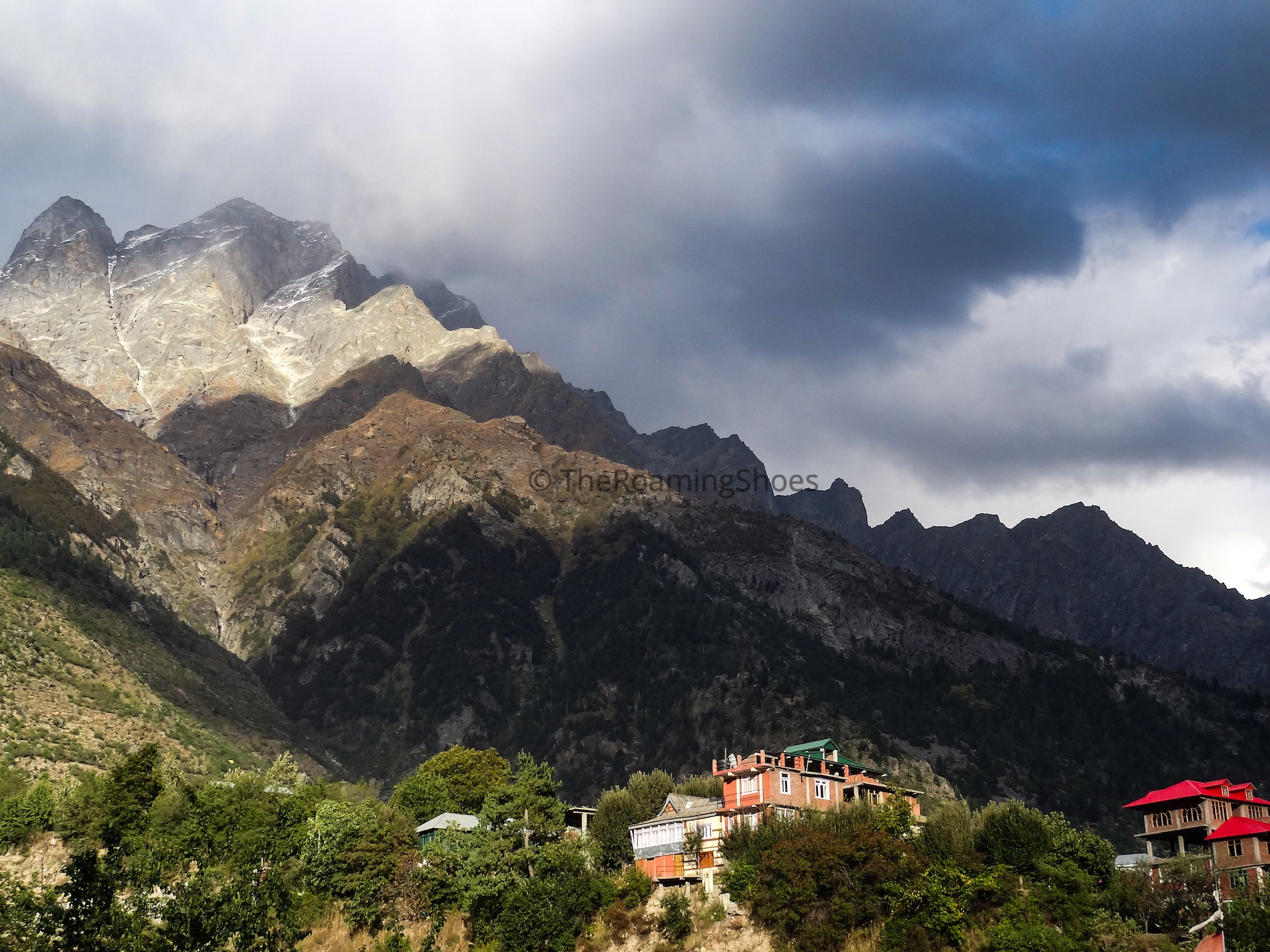 View of Sangla in the late afternoon

Next morning after breakfast we started for Chhitkul which is around 25 kilometers from Sangla, but the road condition makes it a journey of around 1 and half hours by car. I was quite excited to visit Chhitkul as I had read in many places that it is the last inhabited village of Indo Tibet border and it has a dhaba which claimed to be the last Dhaba of India and is named “Hindustan ka Akhri Dhaba”. This made the place look quite interesting to me as I had never visited any village at the border and I so badly wanted to have food at the last dhaba of India. All through the journey the mountains with yellow patches of trees, beautiful valleys with patches of pink, vast apple gardens loaded with apples, wild flowers peeking out of the gaps in between the stones and herds of sheep passing through were enough to keep us engrossed. Chhitkul looked amazingly beautiful and looked like a valley from Switzerland. One of my friends had truly said, had Yashraj films tried to explore this part of India, then they would not have gone so far to Switzerland to shoot for the famous movie DDLJ. The village is small with traditional houses and a few shops one of which sells the best coffee I ever tasted in my life. Chhitkul mainly boasts of a valley surrounded by snow capped mountains and the Bapsa river and is probably the best place to witness various colors of nature. The yellow and pink colored shrubs or the moss covered ground, the trees with yellow leaves or the crystal clear water of the Baspa river, everything makes it a coveted place for nature lovers. We sat by the side of the river for sometime wondering how beautiful a place could be that it makes you forget everything else and connects you to the the greater soul so easily. While leaving Chhitkul, we thought of having lunch at the last dhaba of India. But we came to know that it was closed sometimes back and so we decided to have lunch on the way back at Rakhcham. 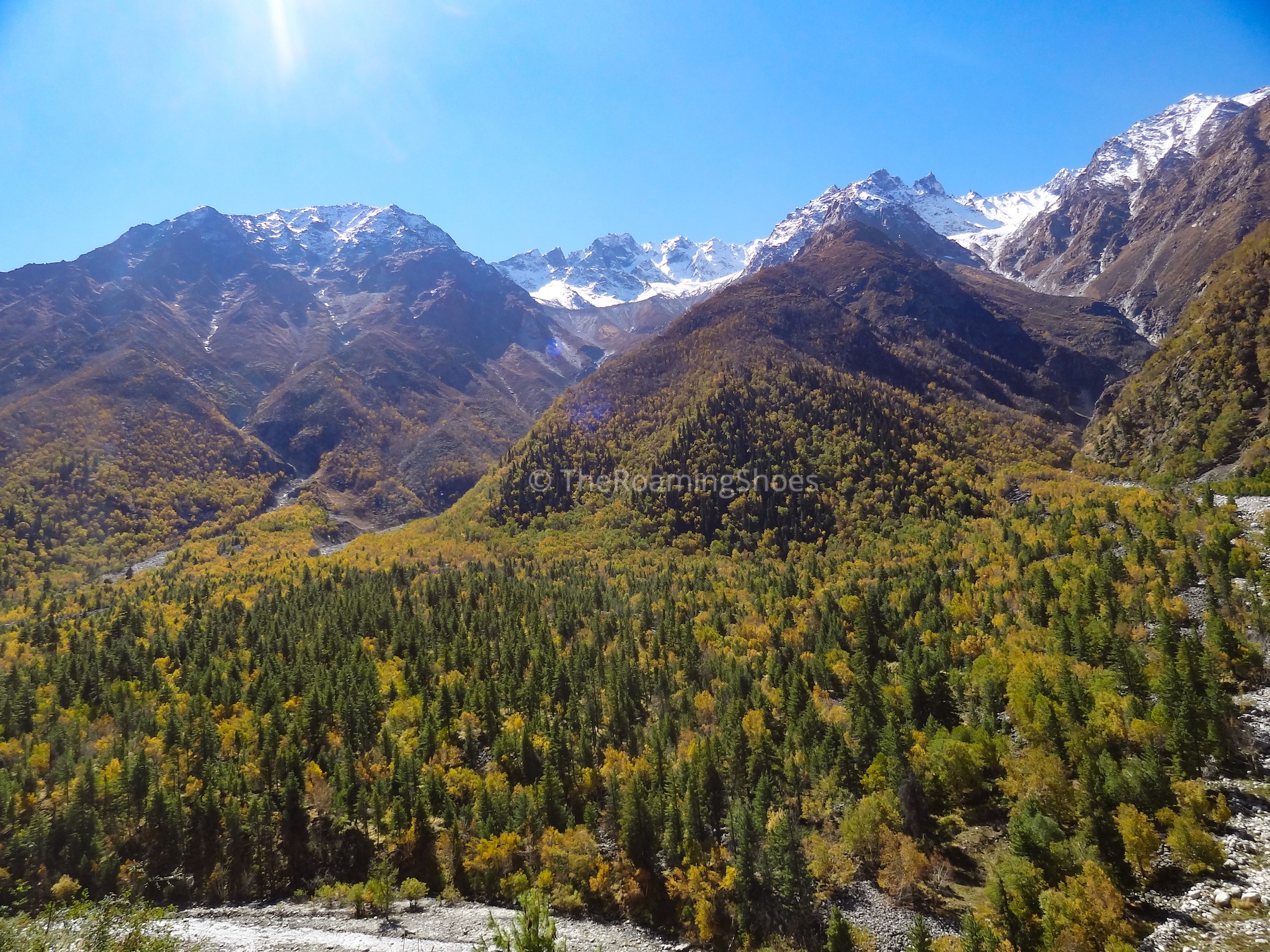 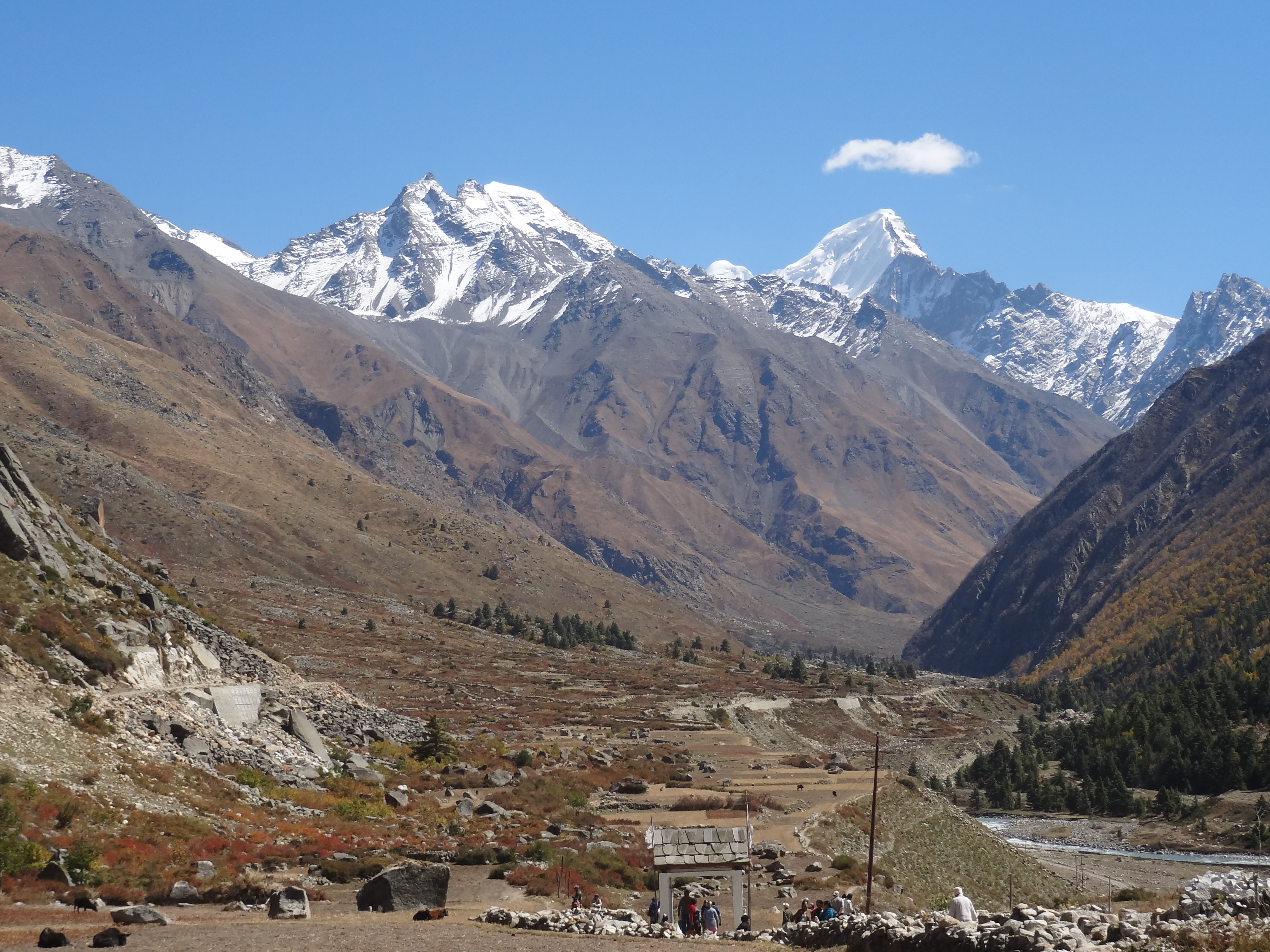 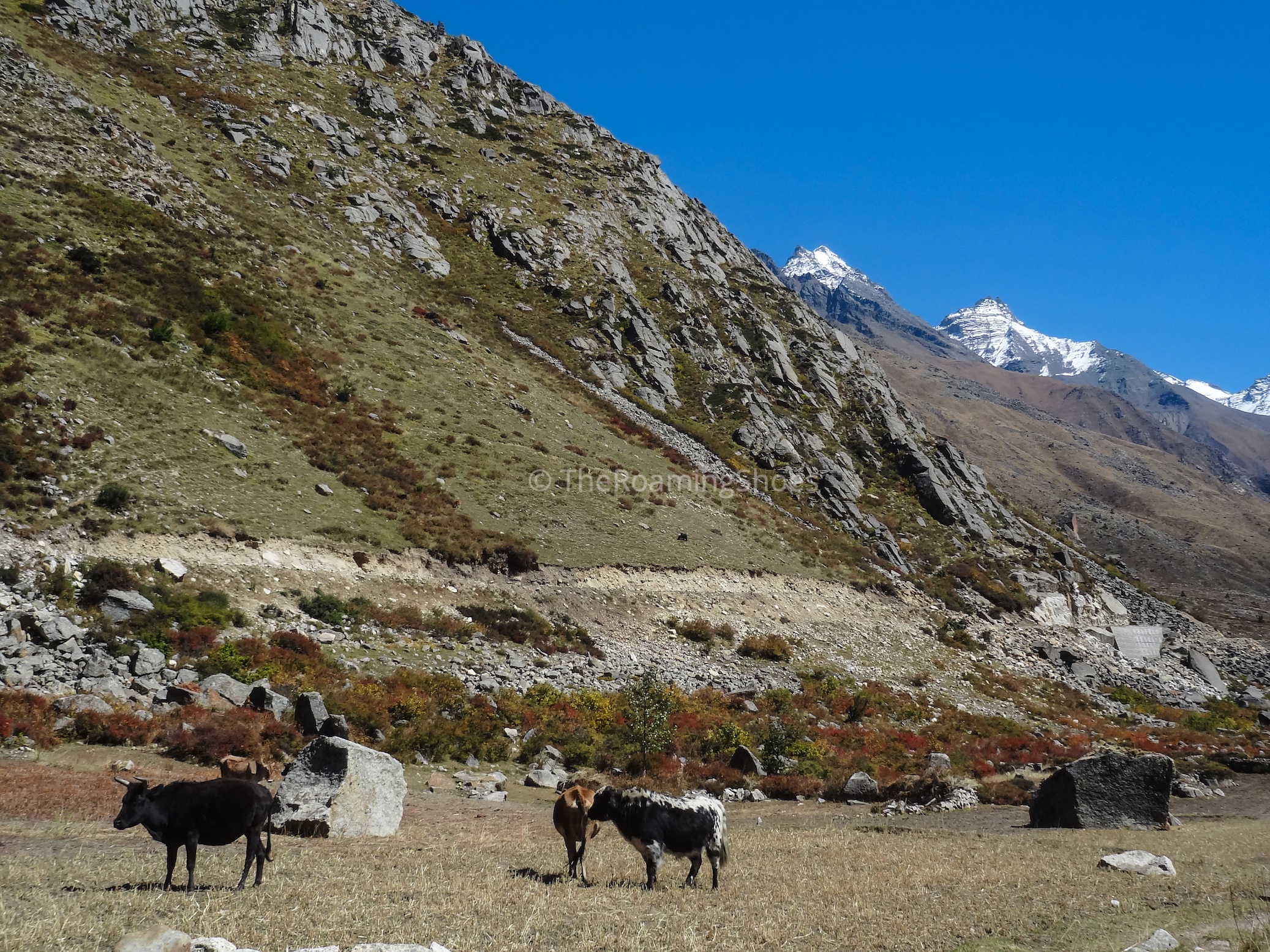 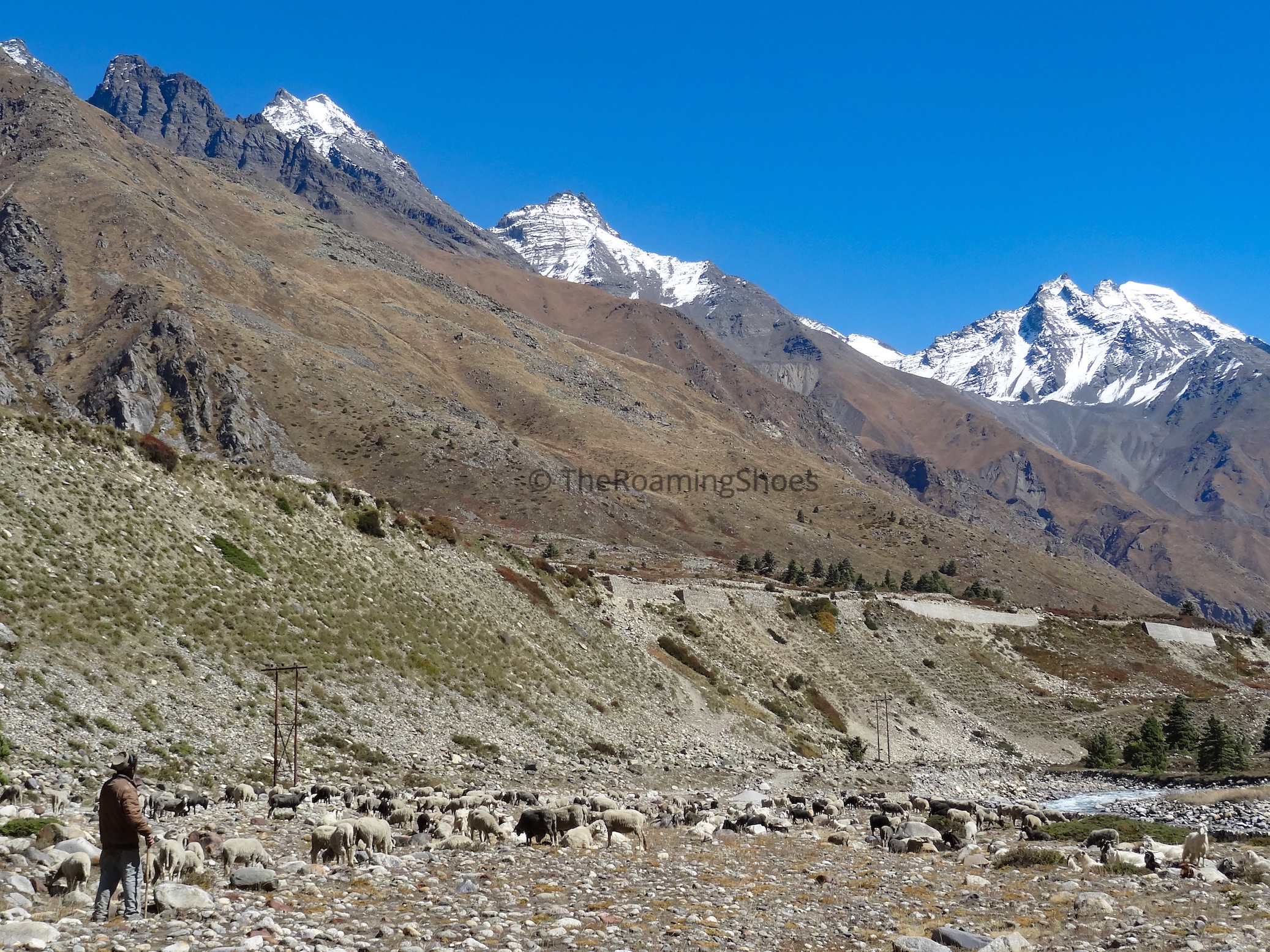 Order Tramadol Online Legally A Shepherd in the valley 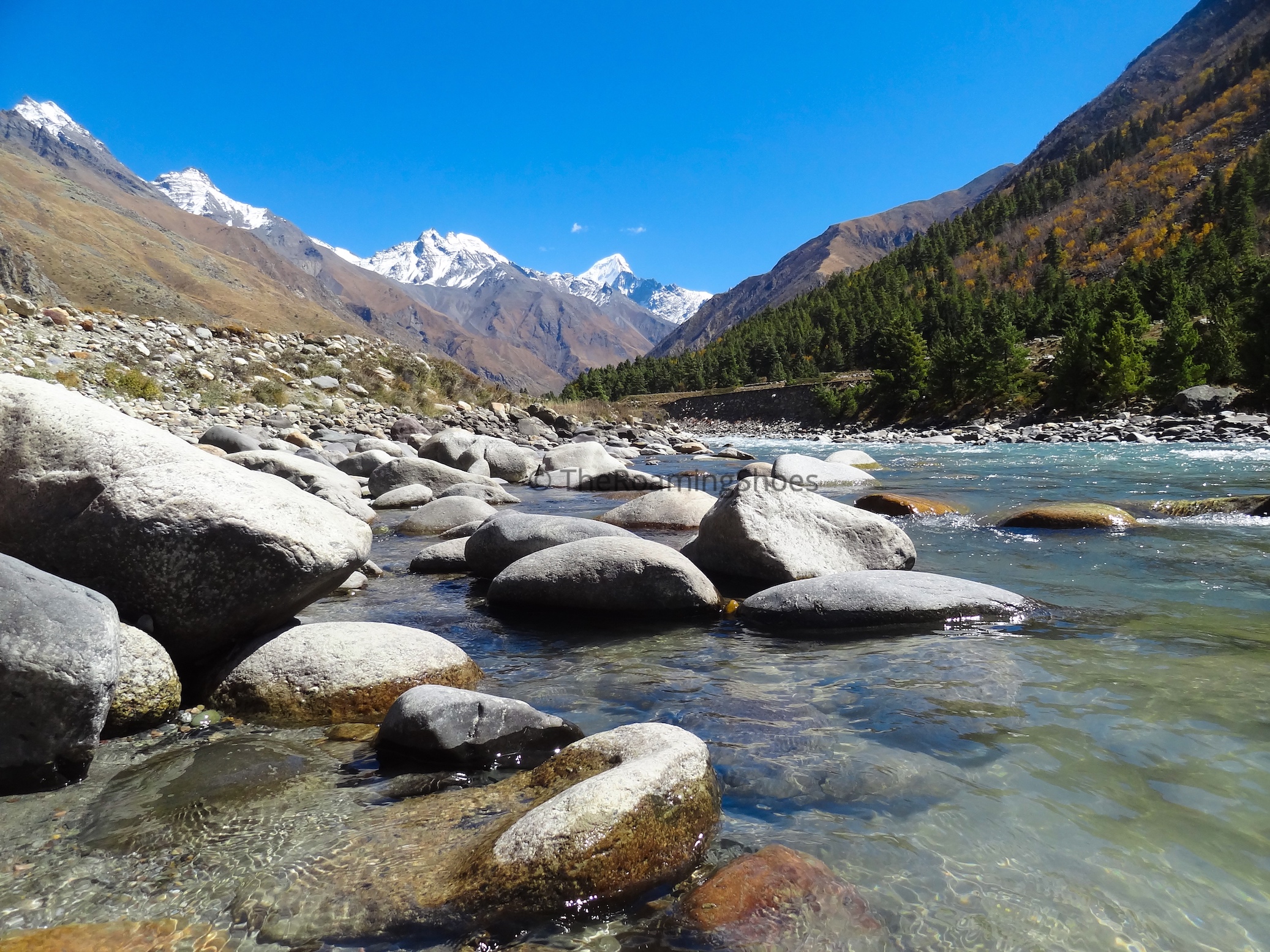 Baspa river flowing through the valley 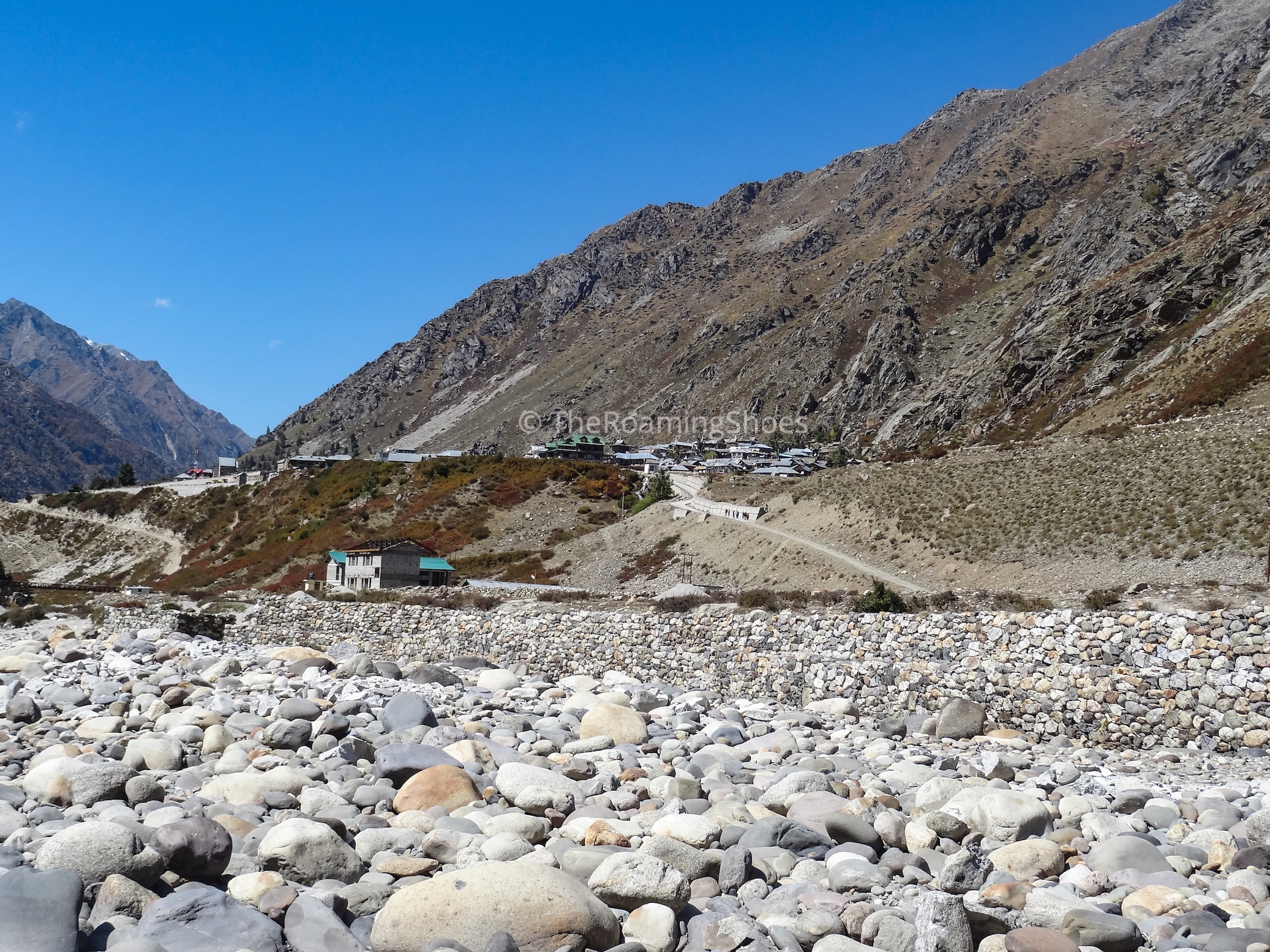 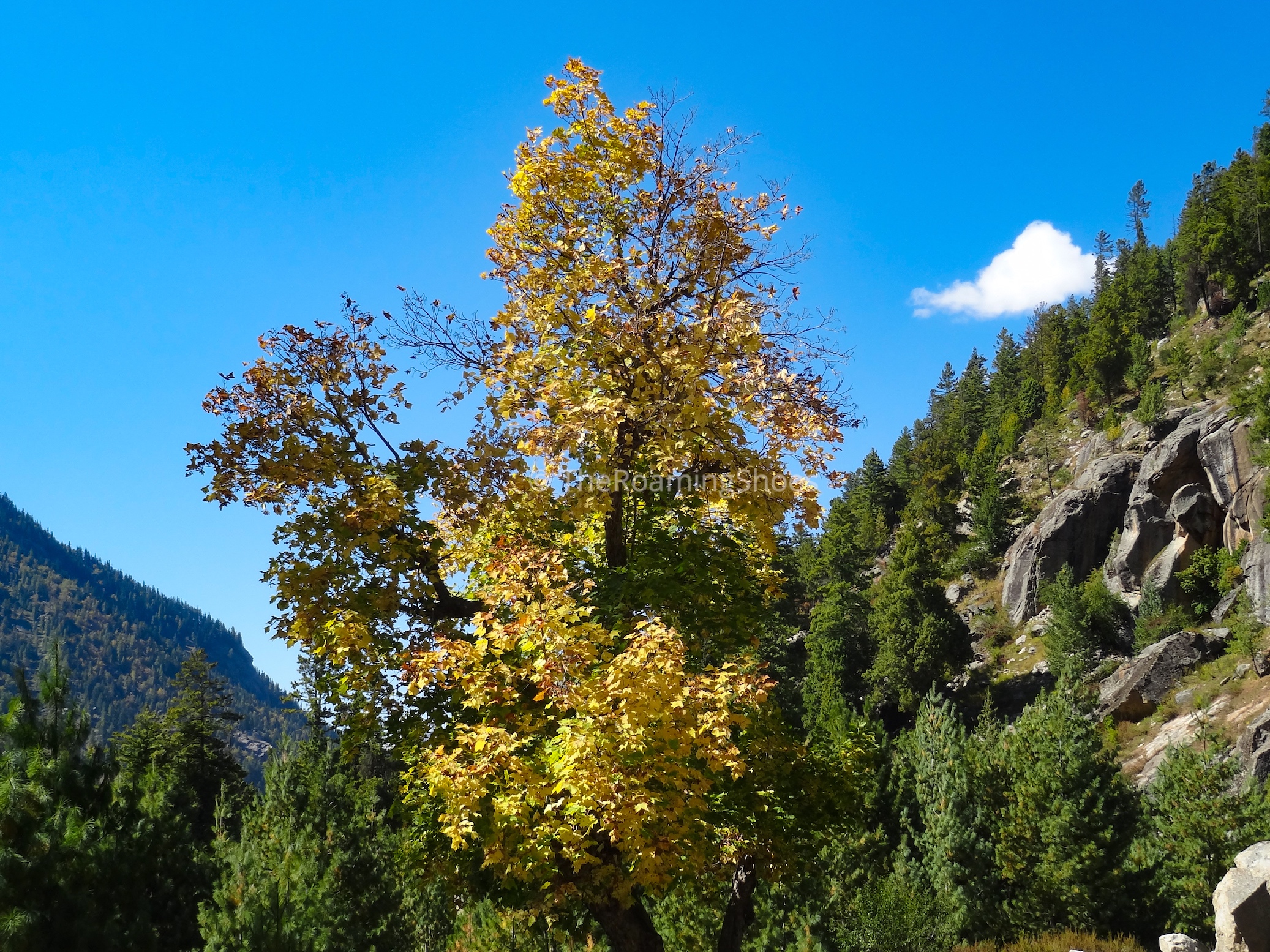 Rakhcham too is a beautiful village between Sangla and Chhitkul and many people opt to stay here instead of Sangla due to it’s isolation from crowd and the amazing views. We had a delicious lunch at Hotel Rupin River View with a beautiful view of the valley. We came to know from the hotel staff that people also trek from here to Sangla through the forest which looked quite exciting to me. But due to lack of time we could not try it and I promised myself that the next time I come to this place this would be the 1st thing in my to do list. After reaching Sangla, we visited the apple garden at the back of the hotel with the staff’s permission. The orchard was full of fresh juicy apples all around and I so badly wanted at least one. But I was not permitted to as all most all apple gardens are given on contract and even the owner is not supposed pluck apples from the trees. That evening went well with a small visit to the local market and then watching the milky way in the darkness of the surrounding. 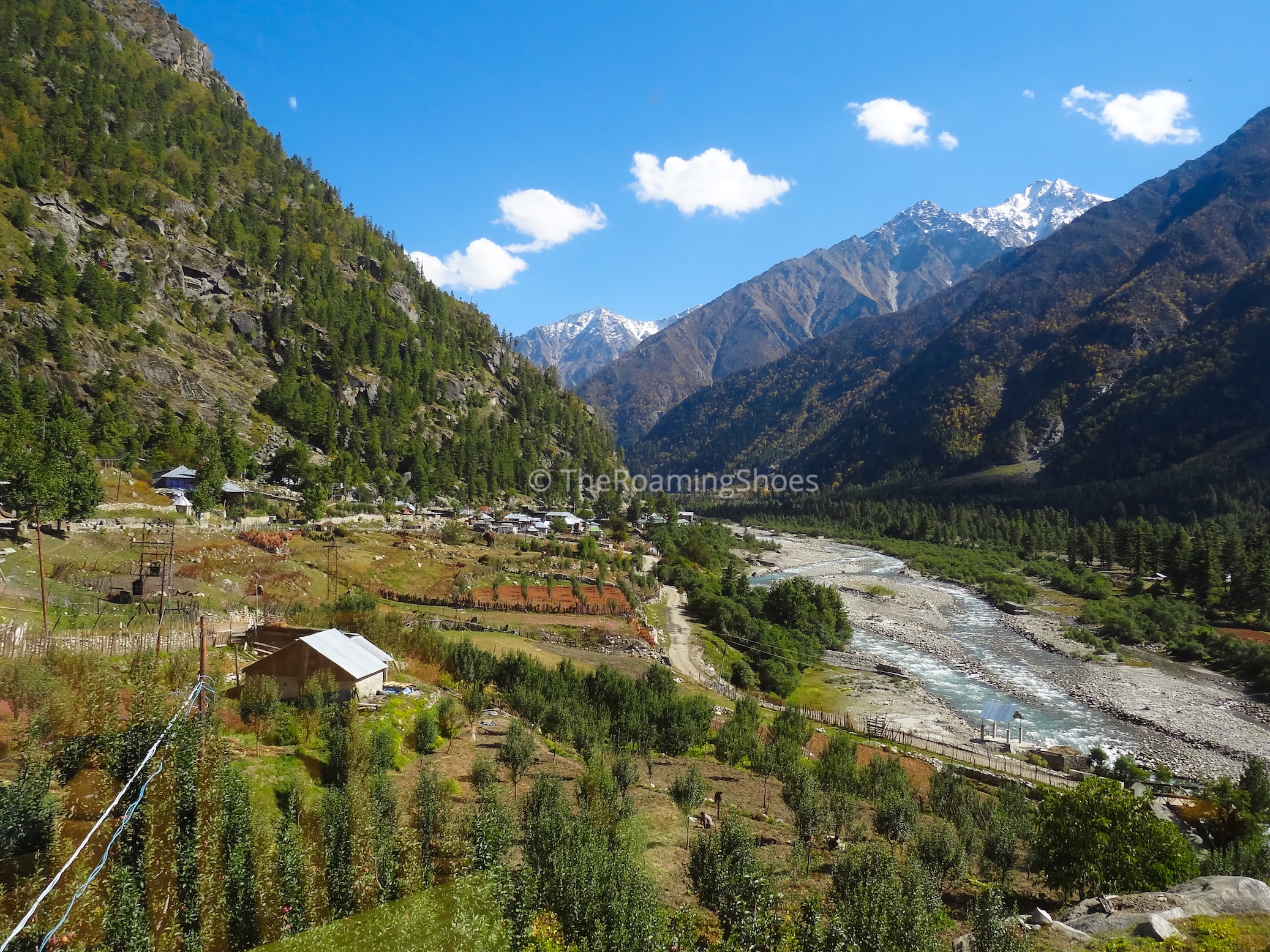 Next morning we thought of visiting Kamru Fort before leaving Sangla. Kamru fort is one of the oldest forts of Himachal having a tower like structure mainly built with stones and wood. It took us around 20-25 minutes to reach the fort through a steep set of steps that looked unending at a point and after such a tiresome journey it was quite disappointing to know that entry was not permitted to the main fort. So we visited the Kamakshya Devi temple in the fort premise and came back to proceed towards our next destination Kalpa. 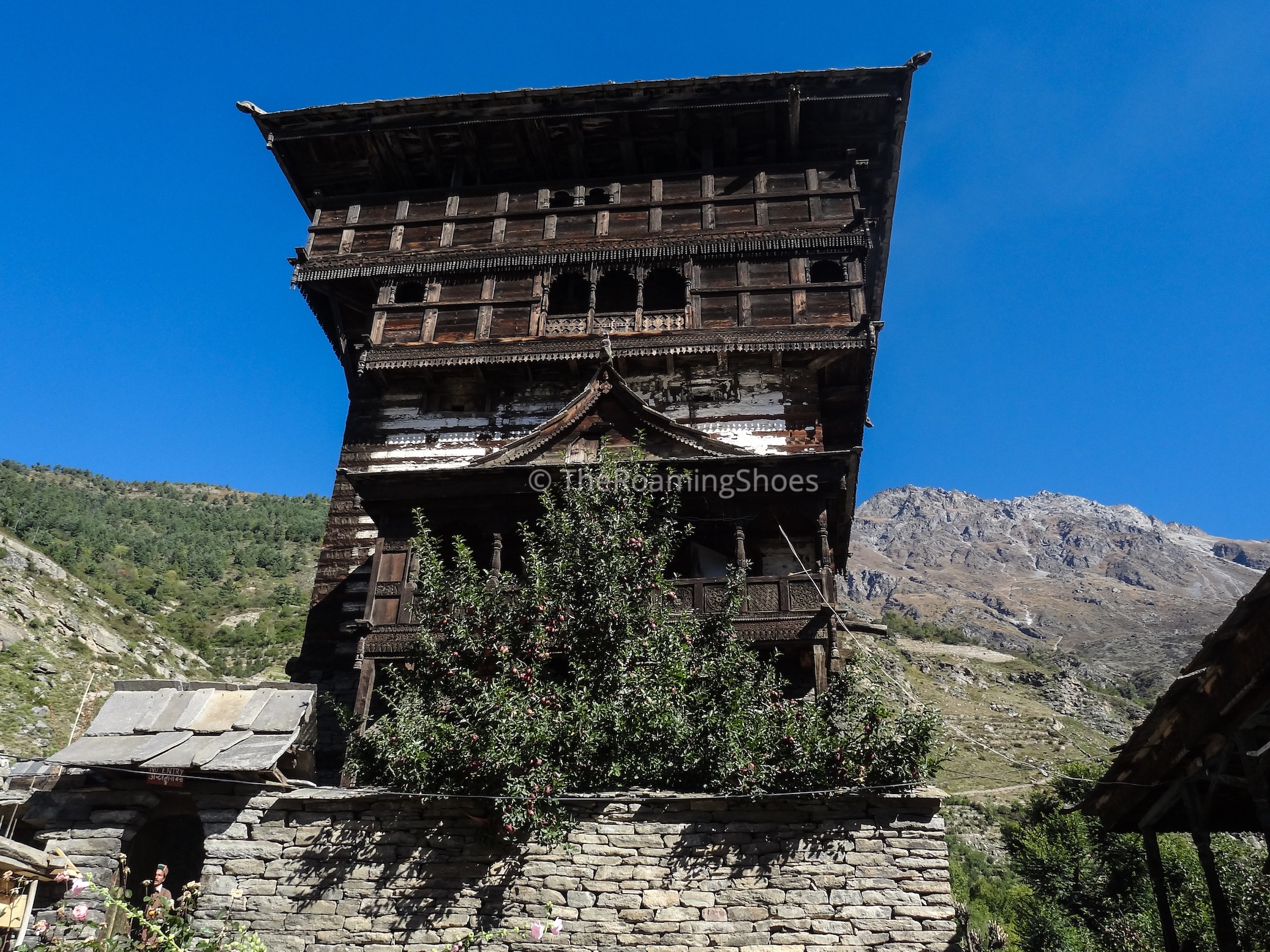